TAKING ACTION IN THE FIELD

The Réserve Africaine de Sigean is a partner (financially or through the provision of the animals it breeds) of conservation programs, charity organisations and NGOs listed bellow. In 2019, a sum of 70 000 euros was allocated to 6 of these programs (51 747 euros to 6 programs in 2018).

Niokolo-Koba National Park is a national park featuring on the UNESCO World Heritage list and on the World Network of Biosphere Reserves (M.A.B.).

A target of too many threats such as poaching, illegal gold panning, premature water points dewatering… the park has been seriously threatened since 2007. Some species are in a situation of some concern, in particular large carnivores such as lions and African wild dogs.

Panthera is a non-governmental, non-profit organisation specialising in the conservation of big cats. Established in 2006 in the United States, it has since 2016 a French branch. Drawing on the expertise of the world’s leading specialists, it studies and develops global actions to protect 40 species of wild cats.

Panthera works with more than 200 local partners and operates in 36 countries.

The Réserve Africaine de Sigean supports the association ‘Panthera’ in the enhanced protection of a crucial area for wildlife in the south-east of Niokolo-Koba Park.

Panthera and the National Parks management of Senegal set up various programmes of ranger patrols and surveillance, whose missions are as follows :

AFRICA – The Democratic Republic of Congo

The Democratic Republic of Congo (DRC) is home to nearly half of all wild chimpanzees . In spite of the country’s official recognition of the big apes protection agreements in the 1990s, very few measures have been taken to protect them in the south of the country.

Many threats weigh on chimpanzees: 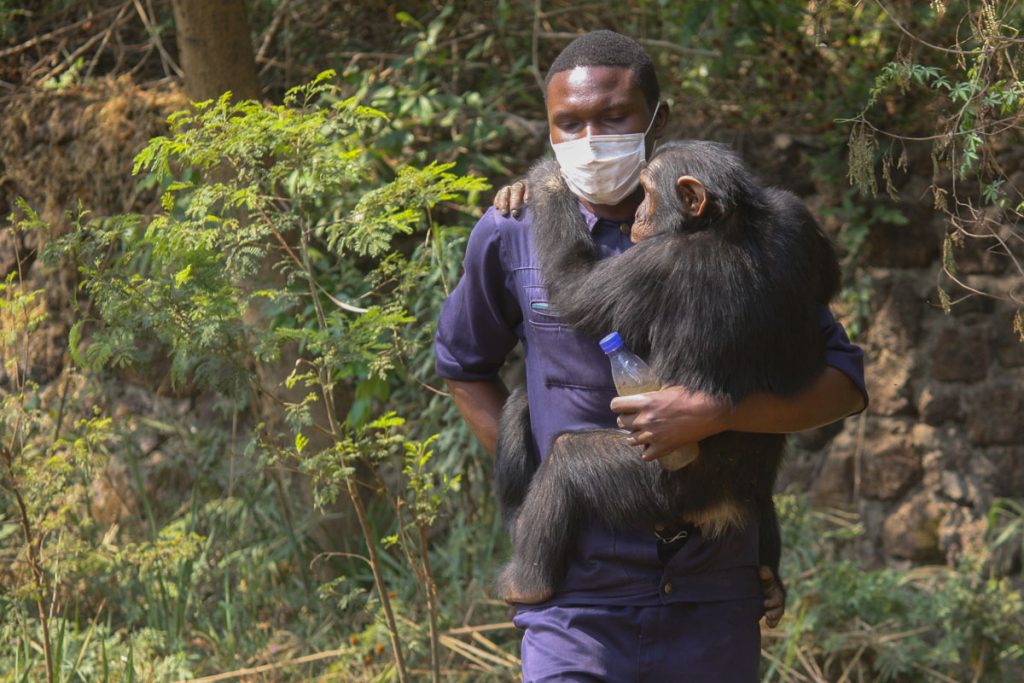 « Members of J.A.C.K. » (LAJA) is a French non-profit organisation, run by a team of volunteers.

It was established in order to support morally and financially J.A.C.K.’s sanctuary (Jeunes Animaux Confisqués au Katanga/Young Animals Confiscated in Katanga) located in the Democratic Republic of Congo. The main objective of J.A.C.K. is to put an end to illegal pet trade in the Province of Upper Katanga by raising awareness among local populations and by taking in chimpanzees saved from smuggling and seized by Congolese authorities. 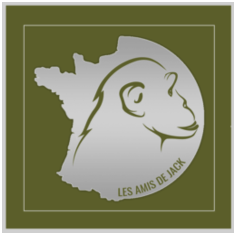 The Réserve Africaine de Sigean supports J.A.C.K.’s NGO members in the protection of chimpanzees in the Southern part of the Park. The Congolese Ministry of the Environment, Conservation, Nature and Tourism (MECNT) seizes illegally-held chimpanzees and entrusts them to J.A.C.K. Sanctuary, where they receive medical care and are reintroduced in social groups among which they learn the behavioural codes of their species. The ultimate goal is to be able to release the groups thus formed in a protected area, according to protocols already successfully used by other African sanctuaries.

The sanctuary also built an education center where it regularly welcomes schoolchildren and visitors to raise awareness to the importance of protecting chimpanzees, all wildlife and the environment in the DRC.

The LPO 34 care centre has for several years been hindered by the virtual absence of public funding and a lack of private funding even though their work of general interest has been meeting a growing need. At the end of its rope, it had no choice but launch a media campaign in 2018, an appeal for generosity from the private sector and soliciting public authorities and institutions in order to address the urgency of balancing its finances in the short term, but also on a permanent basis.

This has been the basis for the Réserve Africaine de Sigean, receptive to this general interest work and its financial difficulties, to volunteer to give its financial support to LPO 34 care centre.

LPO 34 is a ‘loi 1901’non-profit association of general interest. Its first regional wildlife conservation centre was created in 2012. Its primary objective is to release in the wild animals in suffering ( wounded, weakened, sick, etc…), after providing care and without dependence on humans, whether common or protected species.

Since its opening, it took in more than 12 500 animals, including 2 833 in 2017, mainly birds, and small mammals too. It also has the capacity to be home to two species of native tortoises.

It also contributes to the knowledge of wildlife, by collecting information on animals hosted (species, age, sex, site where they were found, reasons for being taken in, biometrics, genetics, etc), a supply for naturalist and scientific data, also putting in place defensive, even curative actions, to prevent origins of mortality, especially anthropogenic. 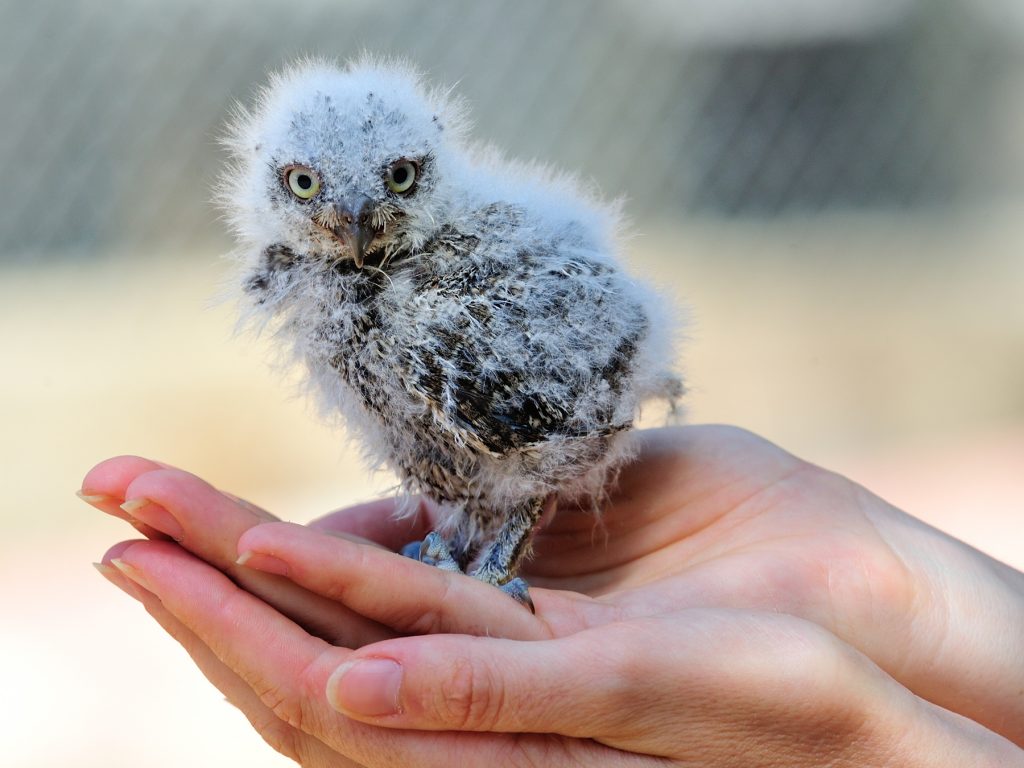 Ringing or equipping with satellite beacons some animals released in their natural environment also helps to provide upcoming information about birds’longevity and chorology.

In association with the SAGIR network, the protection centre is also a top tool in the epidemiological monitoring measures of wild animals in the Occitania area.

The mission of the protection centre also comes within the scope of a major prevention and care device for crisis related to land and /or sea pollution.

To fulfill its tasks, thanks to its employees, the rescue centre trains volunteers, trainees, civic services but also professionals (firebrigade, technical services, public bodies) in capturing and handling wild animals, for the prevention of health risks as well as first aid actions.

Finally, the protection centre has started a substantive daily work in the mediation on wildlife with the public. For example in 2017, they received 5 667 calls related to this activity which seeks to answer the questions of citizens (for instance: “attack” by seagulls, bats under the roof, droppings of starlings, wandering swarms, etc.,) in some cases, in a crisis situation, as to their co-habitation with wildlife. This activity of general interest, through an educational approach based on listening, promotes the resolution of conflicts and the acceptance of wildlife sometimes even within their home buildings. It acts as a link between the various stakeholders involved in the management of these situations by passing, when necessary, the answers to them (local authorities, game keepers, environmental authorities, nature protection association, research department, etc.).

With its early baldness and dark plumage the Northern bald Ibis (Geronticus eremita) is certainly not the most beautiful bird on earth. But with a wild population of 116 pairs (in 2015) it is certainly one of the rarest! This is why Spain and European wild animal parks are swinging into action to save this species from extinction.

The Norhern Bald Ibis once lived all around the Mediterranean region. This insectivorous wader from the arid steppes nested in small colonies settled on the sea cliffs or in the steep valleys. These colonies have disappeared one after the other and there are now only 4, all settled on the Atlantic coast of Morocco. There are many reasons for the decline of the Northern bald Ibis, with first, the conversion of extensive pastures to cereal or vegetable crops, the intensive use of pesticides by conventional farming, the urbanization of nesting sites, and finally poaching on land wintering areas or the migration route.

However, in captivity, this species is doing well since it is estimated that there are more than 1200 in the aviaries of the various European animal parks. It was therefore only natural that reintroduction actions should be carried out, and it was in this context that the Proyecto Eremita was born! 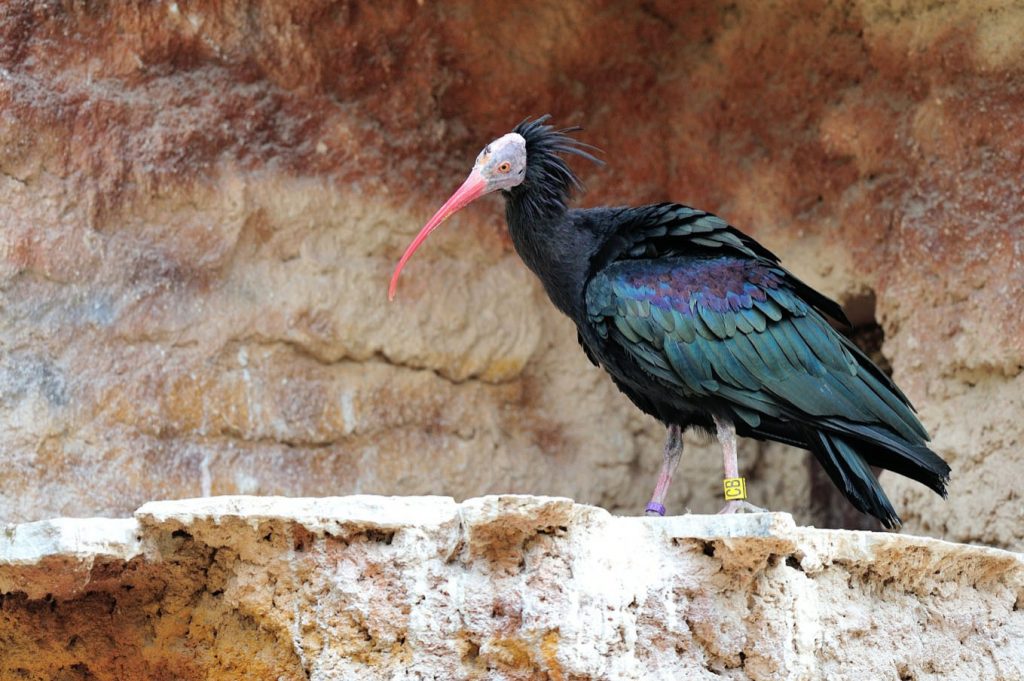 The Jerez de la Frontera zoo, with the support of the Spanish government and a European committee of experts, has developed a program to reintroduce the Northern bald Ibis in Janda County, in the far South of Spain. They had disappeared for the past 400 years! The selected sites for the project meet the physiological needs of this bird and are similar to the biotopes found on the Moroccan Atlantic coast, where the last wild Northern bald Ibis live. Although these sites are relatively untouched by the usual threats and risks to the species, especially poaching, the released birds remain under the constant surveillance of a Spanish team. Many awareness-raising activities with local populations were carried out before releasing birds born in captivity and the project was enthusiastically adopted by Andalusians. Today Andalusia hosts a hundred Northern bald Ibis, most of them reintroduced, but some are already born in the wild! The release of ibis born in captivity takes place in January, after a few months spent in an aviary. Releasing this species will end in Andalusia as soon as their numbers are stable or increasing. Other reintroduction projects are underway or under review, in particular in Austria, Italy and Algeria.

The Réserve Africaine de Sigean supplied 15 bald ibis for this project in 2017 and financed the purchase of 8 GPS / GSM beacons to track the movements of released birds in order to help identify their habitats.